Google “Asian Women” and you will be provided with a smorgasbord of pictures, videos, and dating sites specifically targeted at guys with an Asian fetish. What is it about us that is so alluring?

I had an idea but I searched the internet to find out what the masses had to say.

After a couple hours of disturbing images, funny memes, and degrading words, I had finally come to a conclusion. The alluring thing about Asian women depends on who you ask.

Before I get into the “pro-Asian” faction, lets start with the people that do not find us alluring at all. Asian women are apparently a threat to other races of women who accuse us of “stealing their men”.

Men who do not think we’re all that and a side of waffle cone fries, hail white American women as the ideal. They claim Asian women are either not challenging enough (too easy) or too shy to be appealing.

These cases were however, the exception to the rule.

Majority of the posts I found were from men who idealized and idolized Asian women. Asian women are seemingly docile, submissive, petite, and feminine while simultaneously sexy and exotic. Adding in a dose of being wife material, makes us the “perfect” female partner.

I don’t know about you but I didn’t need an article to tell me that.There is a widely used and known term for men who have an attraction to Asian women.

Sure you can look at being in the “most desirable” and sought after race of women as a good thing. I will not deny that there are benefits but with any good thing comes negatives. Very serious negatives when you’re talking about relationships and sex.

No, I don’t have some mythical magical vagina.

A sexual stereotype regarding our vagina’s being “tighter” is widely thrown around. I’ve been told aggressively, and asked in all seriousness if my lady part was sideways. Are you an idiot? No, I don’t have some mythical magical vagina. When my lady doctor looks at it she doesn’t light up in awe. She just goes about her business.

We have been turned into a commodity to be consumed. My Asian sisters and I are being belittled to the status of a “thing”. Because we are now reduced to being an object, people take the liberty of thinking of us as all the same. Like we are little dolls who all act exactly alike because we look alike. Trust me when I say I’m not your docile, shy, quiet, feminine little China doll.

I understand if you like Asian women from the way we look.

Everyone has a type when it comes to looks. I love men who are tall, dark, and ruggedly handsome. I naturally gravitate towards them because my eye balls and brain scream “YES!”. Even though I like guys who look this way, I don’t associate them with any personality characteristics.

I don’t assume all men who look like that are exactly the same. I mean, I definitely wish they were all witty, funny, confidence, successful, and worship the ground I walk on (a girl can dream though, right?). But I know they’re not because it’s silly to assume that all guys who look like that will act this way. I definitely would never hit on them with Bud-Light or lumberjack pick-up lines.

I know Asian girls will experience a racially oriented pick-up line at least a few times a year. Or be hit on by a guy who says he has yellow fever. Have you ever told a white girl that you have white fever? Do you think telling her you have an love for white girls is somehow supposed to be flattering? Sounds a little stupid, right?

Telling me you have this “disease” is actually saying to me, “Angela, I only like you because you’re Asian.” It’s a big turn off. You know nothing else about me except that fact.

Would you ever like anyone else solely off of their race without knowing a single thing about them? No, you wouldn’t. That’s just lust my friend. Or it’s this foolish idea of who you think we are.

Last time I checked, girls do not like it when you don’t appreciate their sparkling personality too.

Please stop thinking about us as all the same. It’s a little condescending. I am not like all of the other Asian girls you have met. I am not a fetish. I am not a thing. I am definitely not some infection that gave you yellow fever.

I am a person. I am an individual. So please, keep your yellow fever and your Asian fetish away from me.

Growing Up Fat in a Skinny Asian World 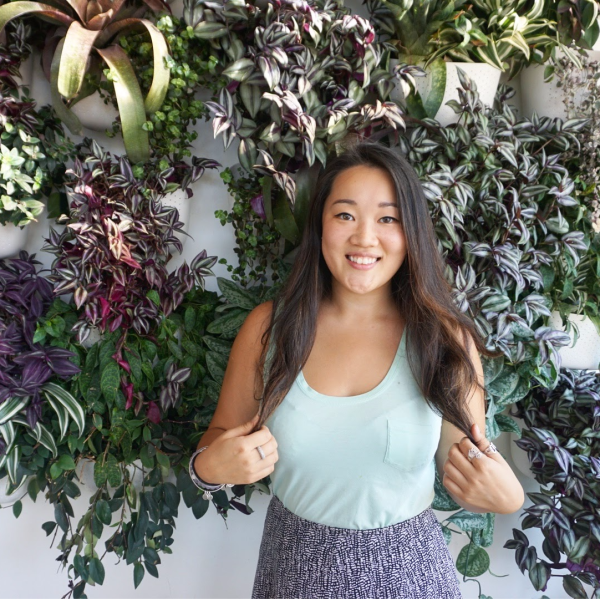